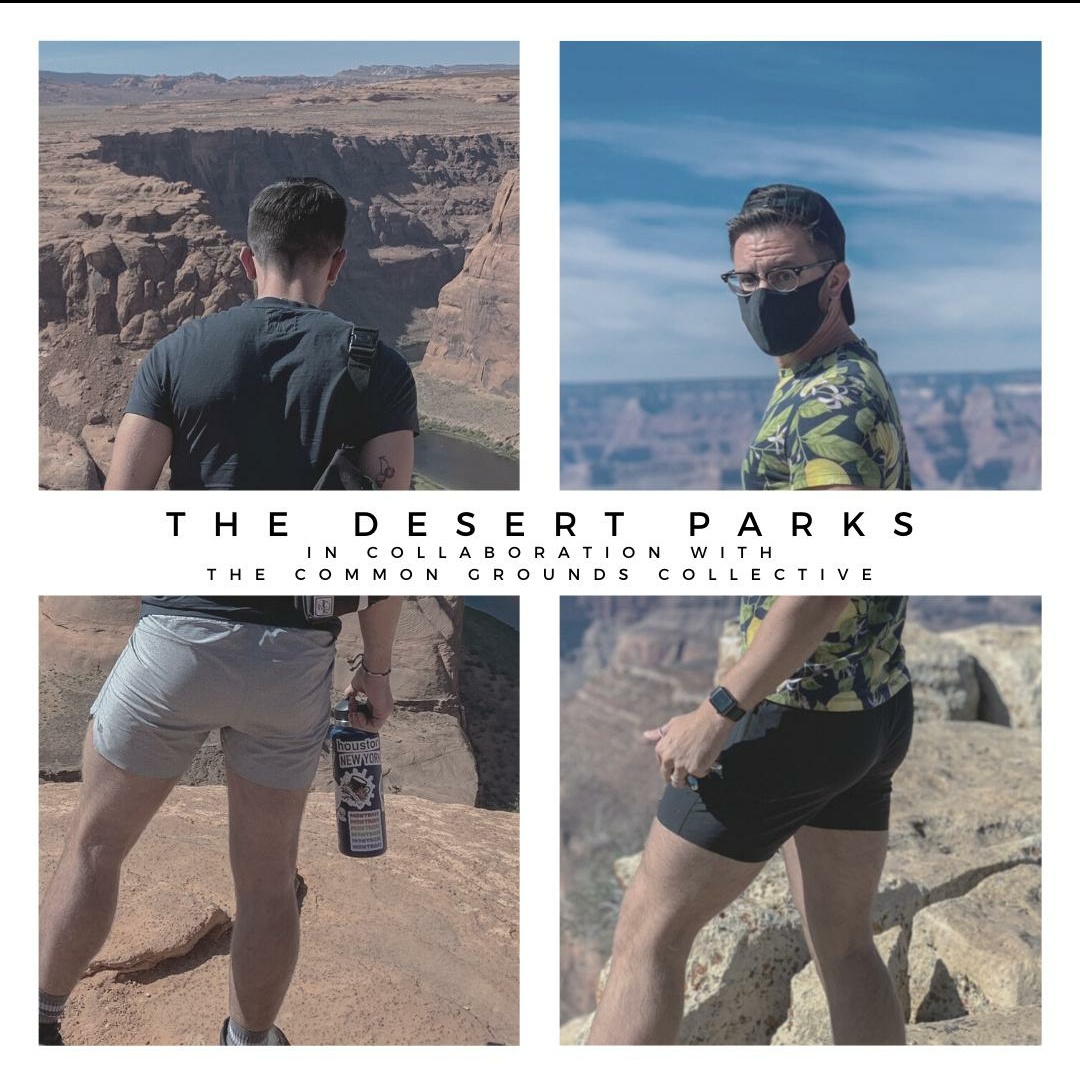 Hey Guys, welcome to Part Two of out Road Trip Series! The first part has been so well received and it has sparked inspiration for people to go and visit the national parks like Yellowstone and Grand Teton! This edition has a lot more to get you all excited to get back out there Post-Covid. Enjoy this edition and don’t forget to like and leave a comment! -David

The lush mountain landscape I had come to relish in soon gave way to a more arid climate. Our first stop was Dinosaur National Monument, a national park made of dinosaurs. It was… pretty rad. The park extends from eastern Utah into western Colorado; we only explored the Utah section, where the main exhibit hall, Green River, and some neat trails for viewing petroglyphs are all located. The park, at least the Utah side, really appears to be in the middle of nowhere. It was what you might expect a dinosaur excavation site to look like: Desert, rock formations, and a slim sliver of blacktop road to direct you between them, cutting through the orange dirt and sand. We checked in at the main visitor center before hiking to the main exhibit hall. The hall is located a short (but hearty) hike from the visitor center. It’s built over an ancient riverbed, long since dried up. The science is that the river dried up and the dinos who lived there died as a result. Their bones lined the former riverbed until a flood washed them all to this spot, where they sit jumbled together in the present day. They were unearthed in a dig, but rather than being excavated and removed, the exhibit hall was built over the site. This offers tourists the opportunity to see them all firsthand. Also available are screens with interactive digital mappings of the wall of dino fossils so that you can click on a specific fossil from the wall on the screen and learn from which dinosaur it came. The best part? You can touch a real dinosaur fossil on the first floor. (But so can everyone else, so be sure to wash your hands afterward!)  Outside of the fossil exhibit, Dinosaur National is also just generally beautiful. There’s another river running nearby (not the dried up one) called Green River. Yes, it’s green – a beautiful emerald color. There is an option for white water rafting, but we didn’t take advantage of that. Instead, we waded into a much calmer portion of the river and tried to skip rocks across it. There was something so serene there. Down the way a bit more, you’ll find trails for viewing ancient petroglyphs preserved on rock formations since the dawn of man. This may have been Alfre, my partner’s, favorite park. Something about the ancient history, the radiant color of the desert, and the connection to beasts long since removed from our planet.

No shade to Dinosaur National Monument whatsoever, but Arches National Park was likely my favorite of the desert parks (no shade to Grand Canyon, either!)   It’s just that not only was Arches stunning, but Moab, Utah – the nearby town in which we stayed – was equally cute, well appointed, and perfect for tourist-y things that didn’t feel tourist-y. Let’s clear up that statement: I hate tourist-y things. If there’s a city I’m going to where I know I’ll be there a bunch more times, I’ll do the tourist traps, sure. New York City, for example; this is the city I’m probably traveling to the most outside of my home. I’ve done all the tourist mess except for the Statue of Liberty, truly. These days, whenever I’m staying in Manhattan, Brooklyn, or wherever, I’m doing as the locals do because that’s who I am. I don’t care for the crowds, but I do care for the experiences. What is it like to be there? Not, what is it like to spend my money here and take home the same experience as everyone else? I want local coffee, local food, and/or art and experiences by local people.   If I don’t see myself reappearing all that often in the place I’m visiting, I want to skip the tourist mess and get right into the experiences of the locals. Moab, while well-suited for tourists of Arches, wasn’t an overtly tourist spot. That was cool – more on that in a later blog installment, though.   We had about as much time at Arches as we did the other parks.   Dinosaur National and Horseshoe Bend (which we’ll get to in a sec) were only half-days, while the other parks were multiple-days stays, by the way.   We had the explicit goal of seeing Delicate Arch, which is likely the most famous arch in the park and the one you think of when you think of Arches National. The best part is that the hike isn’t that bad!   We arrived early and I wore a tee and shorts – not a bad idea once the sun came out, but being that this is the desert after all, it was about 50°F (10°C) when we arrived prior to sunrise. That was not fun for the first hour or so of the hike. I was the one laughing on the hike back, though! The sun came out and it was a sunny, dry 75°F (~24°C) or so.   The arch is magnificent in person; much more grand than perceived in photos. At such a towering height, it can be difficult to get photos of you or your loved ones within the arch, and also see the arch. When we arrived – and I expect that this is typical – there were some influencers taking their handstand yoga photos under the arch. This was cute, but eventually a line formed.   Sidebar: Please don’t do quirky balancing acts or horseplay in this area. Delicate Arch is on a cliffside and activity like that can be highly dangerous even when temperatures are moderate, but in the winter you could encounter ice in this area, making it even more treacherous. Just be safe and don’t lose footing. I’m not joking.

That said, the mood around the formation was so kind, though. Everyone was offering to watch each other’s belongings while they got photos, offering to take pics for one another, chatting together and laughing at each other’s ideas for wacky poses. It was truly a community experience. Is this perhaps a normal human reaction to having hiked through the desert together to come across such glorious natural wonder? Indeed, we all felt certainly human – fleeting and impermanent – in the presence of rock carved by millennia upon millennia of water and wind.  Accessing the park in the early morning was the way to go, though. Despite the fact that the temperature essentially required two outfits (freezing in the morning, hot on the hike back), arriving before sunrise allowed us to witness the sun come up over the formations and that is an otherworldly sight that I will never forget.

We arrived at Horseshoe Bend on our way to the Grand Canyon and boy was it smaller than expected! It’s definitely worth the stop, but it was only a roughly 20 minute venture. You enter the park and park in the single parking lot, hike for about five minutes, and there’s the overlook.

It’s picturesque and worth the detour! Be aware: There is a section with railing, but the rest has absolutely zero guard between you and a deadly fall to the river (and rocks) below.   Grand Canyon came next. I apologize for the lack of tips for Horseshoe, but it was so small!   Grand Canyon threw us off, y’all. I’ve mentioned this on my social media channels, but I’ll reiterate it here once again: Were any of you aware that it’s in a forest? Not in a desert? Driving through that part of Arizona really looked more like Colorado than what you picture Arizona to look like. Getting into Grand Canyon National Park, you drive through an actual forest lining the edge of the canyon itself.   You see, the forest is behind you when viewing the canyon. So all those photos of the big desert canyon are misleading!   Our minds were blown.   Further, the canyon itself is so much more beautiful in person than anything you’ve seen on film or in photographs. Alfre joked to me that his eyes “don’t have enough pixels” to comprehend the beauty and scale of the canyon. It’s true, though! Remember how wow’d we all were when Apple released retina display? That was us, wishing our actual eyeballs had some upgraded retina display so we could take it all in.

Most lookout points have railings, but there is a lot of open space between the main lookout points for you to explore which do not have any sort of rail or barrier. That’s a common theme among nearly all of these parks: Be careful. Please. Also, if you’re interested in park conservation, there are excellent resources for you at every park. At Grand Canyon however, there’s a whole building dedicated to it that we had the good fortune of checking out before we hit the road. I’m sure most parks have a conservation building, but we didn’t come across them at any park but Grand Canyon!  The building essentially acted as a gift shop, but you were given the option to donate to conservation upon checkout and picked up a goodie bag on the way out with some literature. Truly, if you’re living in or visiting the States and decide to check these parks out, consider donating to conservation if you have the financial capability. These parks, all of them, are wonders of the world in and of themselves. I have traveled pretty extensively across the United States and the beauty beheld at these parks goes unparalleled in the Continental 48, for sure.

That’s it for our desert parks – for now. Keep reading for Part Three where I’ll talk about the places we stayed while we traversed the national parks. Kalispell, Montana to Flagstaff, Arizona; what we did, where we slept, and where we ate!

Barrett White is a journalist based in Houston. He runs The Common Grounds Collective blog, which he updates when he feels like it. His byline has appeared in the Houston Press, OutSmart Magazine, and Spectrum South – to name a few.​   He has lived the life of a starving writer in a 1930s downtown studio, enjoyed crepes on the banks of the Seine, camped in his Ford Focus while traversing the United States, and almost learned rudimentary algebra in college.   He’s exceptionally talented at navigating public transit and lives for the noise and the bustle of the city. ​His love of adventure and breadth of experience informs and directs his style.   Barrett is a proud Associate Member of the American Society of Journalists & Authors. You can find him on Instagram and Twitter at @ebearw.