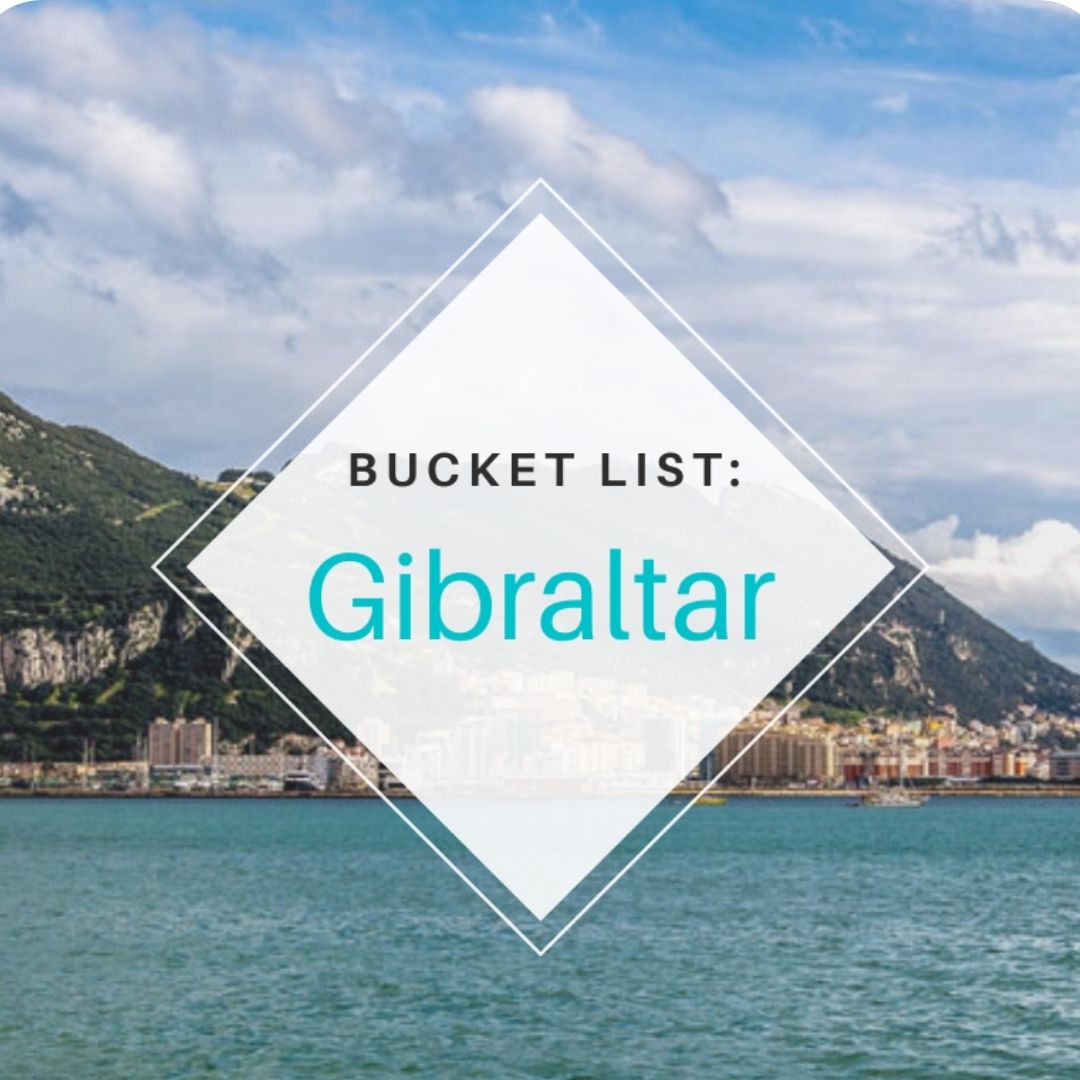 After travelling to and around to different places in Spain, Gibraltar has become a place that I really want to visit. I don’t know whether it is due to it being so close to Africa, it’s warm climate or the fact that is has cool monkeys, I just really want to visit it!  Gibraltar is situated on the southern tip of the Iberian peninsula and is the entrance and exit to the Mediterranean sea. The only real border that Gibraltar shares is in the north with the Spanish Province of Cadiz in Andalusia. Considering it’s attachment to Spain, Gibraltar is in fact a British Territory. Really Quick History lesson: During World War 2, Gibraltar was a key factor in the Allies’ fight over the Nazi-dominated Mediterranean territory, Gibraltar is the entrance and exit point for the Mediterranean so it made it easier to contain the fight within the Mediterranean sea. The people of Gibraltar were evacuated and due to General Franco’s insistence of Germany not being allowed on Spanish soil, disrupted the Nazi’s plan to invade Gibraltar. Gibraltar also became known as the Pillar of Hercules, after Greek legend suggests that Gibraltar was fashioned by Hercules and he guarded the pillars as they were the entrance to the Mediterranean. Having researched Gibraltar and looked at the activities to do, here are some of the things that have influenced my decision to put Gibraltar on my list!

1)The Rock of Gibraltar:

The Rock is the landmark natural site in Gibraltar is its peak points itself to the sky. There are a couple of reasons why the Rock of Gibraltar is such a cool site worth seeing. Firstly, the rock plays home to the resident Barbary monkeys. I mean, who doesn’t love monkeys right? But, similar to the baboons in Africa, you’d need to be careful with the Barbary apes as they are likely to steal your possessions! Tourists can take a drive up along the rock and get to the viewing point. From looking at other bloggers pictures, it seems to be one of those viewing points where you have to catch your breath with how beautiful it is. Secondly, the Rock also attracts tourists to its labyrinth of tunnels. These tunnels run 55km in length, which funnily enough, is almost as long as its entire road network! The tunnels, which date back to the lae 18th century played a role in military operations of the British Army and have been used as a reservoir for both weapons and 16,000 men at different periods in time. I find that wartime historical landmarks make for great exploration in a new place, the fact that this is a tunnel network is even cooler and I definitely want to go see it!

If you find yourself coming to Gibraltar from Spain, the chances that you haven’t already been to the beach is low. Spanish beaches are world class and are incredibly fun and relaxing. I think that if you find yourself in a little slice of paradise like Gibraltar, you should take advantage of their seaside amenities! Gibraltar boasts 6 beaches. Most of the beaches in Gibraltar are only used by the locals, so in this case, a little knowledge goes a long way. Eastern Beach is reported to be the largest and busiest that offers a variety of activities but considering that Gibraltar is a small country, I hear that you can even have planes flying overhead while you relax. I’d like to find the other beaches, the quieter ones for proper sunbathing (Burning) and exploring (for restaurants). For anyone else looking to visit Gibraltar, the way the landscape and coast looks in pictures and the way they’re described in articles, it can’t be helped to want to spend time relaxing there!

It is one thing I genuinely enjoy doing when I travel, and that’s immersing myself and experience the natural area of a country or region. As stated in point 1, Gibraltar is infamous for its Barbary primates, which are the only wild monkeys in Europe, they are symbolic to the territory. Seeing things that are distinct for an area really makes the place memorable. Gibraltar also is home to 500 different species of flowering plants, which is always fun to see. It is also the only place in Europe to get the Gibraltar Candytuft flower. Exploring the botanical gardens in Gibraltar and taking a walk in their parks and nature reserve is something I’d very much like to do. It is also very fun, if taking a boat in the Bay of Gibraltar to see the whales and dolphins that inhabit the waters. I’ve always been intrigued by fish and water mammals, so that is very fun for me to see!

While you are in Gibraltar, you can take a boat from the British Territory in the Iberian Peninsula to Tangier in Morocco, North Africa. Now if that doesn’t sound like a fun day trip for any traveler, I don’t know what is! Companies like Viator offer tourists the opportunity to spend the day in Tangier and get to experience Moroccan culture. I think this is a fun way to enhance your trip in Gibraltar. Sail across the Strait of Gibraltar and literally make your way to Africa! You get to see the bazaar markets and explore some of the landscape while you’re there. (I think Morocco is gonna be on my list!) It is advised for anyone wanting to make this trip to set out a full day, morning to evening, if you intend to go to Morocco. Not only are ferry’s available but visitors can take a bus.

These are 4 reasons why I want to go to Gibraltar. It is not often people can visit another country INSIDE a country, unless you’re in Italy or something.   If you read this and think of other things I should add to my list, drop a comment or shoot me an email! I’m always up for suggestions on what to see or do!   Stay tuned for more…