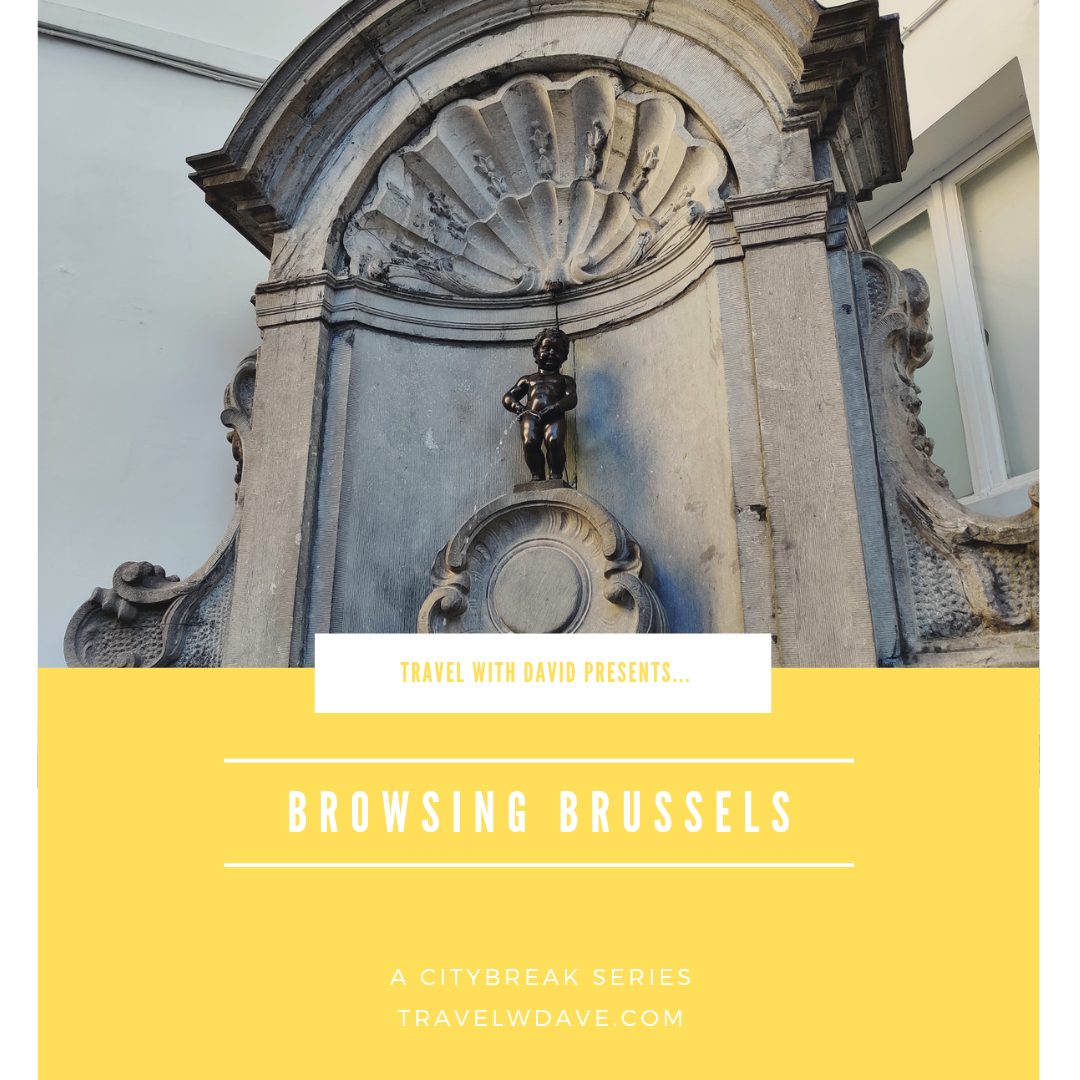 Happy May, everyone! So sorry for the absence between posts – work has picked up! But so has travel and I plan to share my latest trips with you!

It’s strange to believe we are five months into 2022 already? Which means, it’s only a couple of more weeks away from EUROVISION! In Ireland, we’ve just gotten rid of masks in most spaces so it really does feel like Covid is slowly coming to an end (Finally!). What a weird time though, eh? Covid seems to be ending and the onset of World War 3 breaks out? But, I did promise myself on New Years Eve that I’d take the time to do a bit more traveling, which up until now, I’ve gotten to do a trip in January and February, which is amazing!

The perk of living in Europe, and most notably in Ireland and close to the UK is that budget airlines rule the skies for low-cost travellers, such as myself. So as well as trying to see more of the world and discover new places, I don’t fancy breaking my bank either. As you’ve seen in my recent posts, I’ve spent a lovely day in Cork and also took a nice long weekend trip to Edinburgh. Both of which were fantastic and it was such a relief to feel like life was back to normal.

It feels now like every month I am taking a trip somewhere and marking cities and countries off my various lists. I had been to Scotland before 2022, to Glasgow, but Edinburgh was one on my list that I HAD to see. Then, with the power of skyscanner and Ryanair Route Planner, I found a great deal on flights to Brussels, so I decided I’d go! The main reason for me to go to Brussels was 1) Cheap Air fare and 2) My friend from the Netherlands was to meet me there but dang Covid got in the way. So I made my way to Belgium alone! I thought I’d share my experience with you all. Below, I will list out some of the things I did and the sights I saw on my trip to the first country in the “BENELUX” portmanteau, Belgium!

Going to Belgium, I decided I’d take the ol’ reliable Citylink, as per usual with the rest of my trips, as it’s cheaper and quicker than driving or taking the train. I finished work on the Thursday, spent the evening with friends hanging out and then took the early morning 01.15 am bus to the airport. I mean, yes, it’s super early to be going anywhere but the bus is smooth driving and you can easily get 2 hours or so of sleep, and I need all the energy I can get before wading through the airport at 4am.

Being one of the most important European cities, as it hosts major European Union Institution headquarters, Brussels is a very well connected city. Whether it be through train, plane, car or boat, there are so many ways to get to Belgium and Brussels, by extension. In mainland Europe, it’s quite handy to just rent a car from Enterprise or Hertz and travel across the continent. An alternative to that would be Flixbus. Flixbus in Europe is great. You can travel from city to city and cross borders by bus for a minimal price, which I think is awesome.

Before Covid, I planned to do a BENELUX trip and wanted to do it by train. I think traveling by train is super cool! You get to see the surrounding landscapes and rural areas of the place you’re visiting as well as pass through cute towns and villages along the way. Traveling from places like Frankfurt and Amsterdam, it’s just as convenient to take a train!

To be fair, Belgium was a place on my bucket list, but wouldn’t have been super high, so I just stuck to what I knew, which was bus to the airport, Ryanair to Brussels and then figure out the rest as I went along. The flight to Belgium was just over 1 hour, which is great. You just finish your snacks and you’re being told to buckle up for landing! Being from neighbouring countries, within 1 hr flying distance, I think more people should be taking advantage of that and explore more of our surrounding countries, including Belgium.

As I state in other blogs, and is solid advice to follow, use all the price comparison websites out there to find out the most convenient, cost effective and simplest way to get to Brussels from where you are and save the hassle of complex travel plans. I recommend Skyscanner and Kayak for good price points!

Traveling in mainland European cities hits different. It puts Irish transport really into perspective. In Ireland, we travel a lot by bus and train. In Dublin, specifically, you can get around by Dublin Bus, Luas or DART. I think Europe does it better. Overground train links and accompanying metro links all over the place that bring you close to where you need to be. Like most cities, Brussels is also super well connected. I went from Brussels Airport to Brussels Central with the train. It only took about 25-30 minutes and was super relaxing, it was also super good value for money. I could eat my tarte au sucre and drink my coffee as the train zoomed into downtown Brussels.

I got out at the Central Station, a bit like a deer in the headlights. The streets were fairly calm and there were people zooming around on e-scooters, which are super popular. Once I got my google maps out, I began walking around and up through the Mont des Arts. And I will say, walking through Brussels is spectacular. There’s a modern yet traditional vibe to the city. You get the old buildings, the cool statues and small streets – very on-brand for a European city. I took the tram to a couple of restaurants and was able to experience local life a bit – I find the tram is the best place to people watch and see how locals live.

One thing I had to try as I had only done it once before, was an e-scooter. I saw everyone zipping through the city, passing through the “Stephanie” and “Louise” areas on the scooters and I, too, wanted to scoot. So, feeling brave after 1 or 2 beers, I got the courage to try one near my hotel. I got the hang of it pretty quickly but decided it wasn’t best to mix liquid courage and motorized vehicles. The scoot was fun and I’d definitely recommend using them in cities, you can zoom around and get places quicker.

When exploring, I did enjoy walking around the city. I was staying near the Palais du Justice and I was within walking distance of many of the main sites, but even those further out, I was glad to be able to see the sights as I walked around! When you’re trying to get to the landmark you are looking for, be sure to check out the little stores and cafes along the way, I found Brussels to have a lot of cute places along the way.

I’ll always say that I am a fan of responsible traveling so I would advocate to walk and cycle as much as possible when on a city break. Brussels has some great cycle paths and walking spots to really take in some of the natural beauty of the city, like the Parc du Bruxelles!

Out of my trips this year, Brussels was the one I didn’t really plan for. I kind of just booked it and went! So I can’t say I had an itinerary made out for myself, which is kind of how my trips of 2022 are goings – I’m just going with the flow. I done a brief search before I left and I knew I wanted to see certain landmarks and visit certain parts of Brussels, as well as try some of the local cuisine and beer! Belgium is famous for its beer, so I had to make that a priority. Brussels, being the capital of Belgium, is the hub of activity in the country. There seems to be something happening in every area of the city – the Stephanie area, where I stayed, had a quaint nightlife, Grand-Place seemed to have a lot of tourists enjoying the outdoor dining and drinks. So after my aimless traipsing, I can recommend the following things to do in Brussels on a long weekend:

One thing I was super excited for, when it came to my Belgium trip, was the food and drink. As you all know, I am a huge foodie (my tummy would attest to that) and I’ve always had a love for Belgian chocolate (or the variations you get in different countries) and Belgian beer – I love a good Duvel or a Hever Lee, both super tasty. I was excited to see what else Belgium had to offer in terms of cuisine. I’ll list a few places I visited and ate in so I can recommend some cool spots to get a beer and food!

For me, my requirements for a place to stay are threefold: 1) Location/Proximity to the centre of the city 2) Private Bathroom, I like my privacy and 3) Filter Low to High. I have taken out Free Cancellation, because we gotta commit to our plans! Luckily, my stays so far in the past 3 trips have been really comfortable and fresh. I saw a lot of cute places when I was touring around Brussels, so here is where I stayed and where I’d recommend:

Brussels is a city of art, history and regal wonders. However, for a trip to Belgium, I would use Brussels as a stopover on your way to other cities. Speaking to locals, they recommend traveling to Bruge, Liege and Ghent on a trip to Belgium and not just focus on Brussels. I found 3 nights to be plenty in the city as it was just enough to see the important landmarks whilst leaving enough for me to go back and see. For foodies, I recommend going here to try the homemade Belgian chocolate and frites. For history buffs, museums and local landmarks make for interesting discoveries.

For next time, I’d like to explore the nightlife a bit more and I’d also love to travel there with friends as I reckon it’s the kind of city you would want to go to with a group to get the most out of it!

Brussels, I’ll for sure see you again!

Blog 3 of 2022 has drawn to a close! It was while to get this posted but I hope to upload a couple of more posts before mid-June about some other trips I’ve been on and will go on! I’m so happy and grateful for the opportunity to travel again and the places I’ve been so far in 2022, all of them would definitely get more visits from me! Be sure to keep up to date with my Instagram as I do be active on there when I travel and I love sharing my pictures when I’m on the road!

If you live in Brussels or have any recommendations on things to do in Belgium, be sure to let me know as I’d love to hear your suggestions!